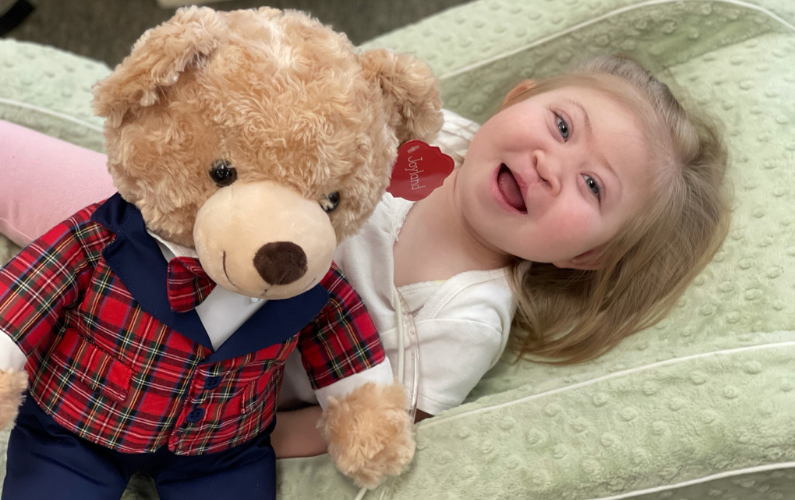 This year marked CFEC’s 34th year celebrating the holiday season with Belkie Bear. The continued support of Belk Winston-Salem is unmatched. This year every child at The Children’s Center and The Special Children’s School received their own special bear. The holiday tradition, which began with then-Belk General Manager and Children’s Center board member Jack Stack and his wife Sheila, was particularly special this year as we lost our dear friend Jack in March of this year and held this year’s socially distant event in his honor. Joining us in celebration this year were two of the Stacks’ children and one of his granddaughters. Jack Stack, Jr. and his wife Kelley proudly placed the 2020 Belkie Bear on the shelf in the “Jack Stack Classroom”, which features bears all the way back to 1988.